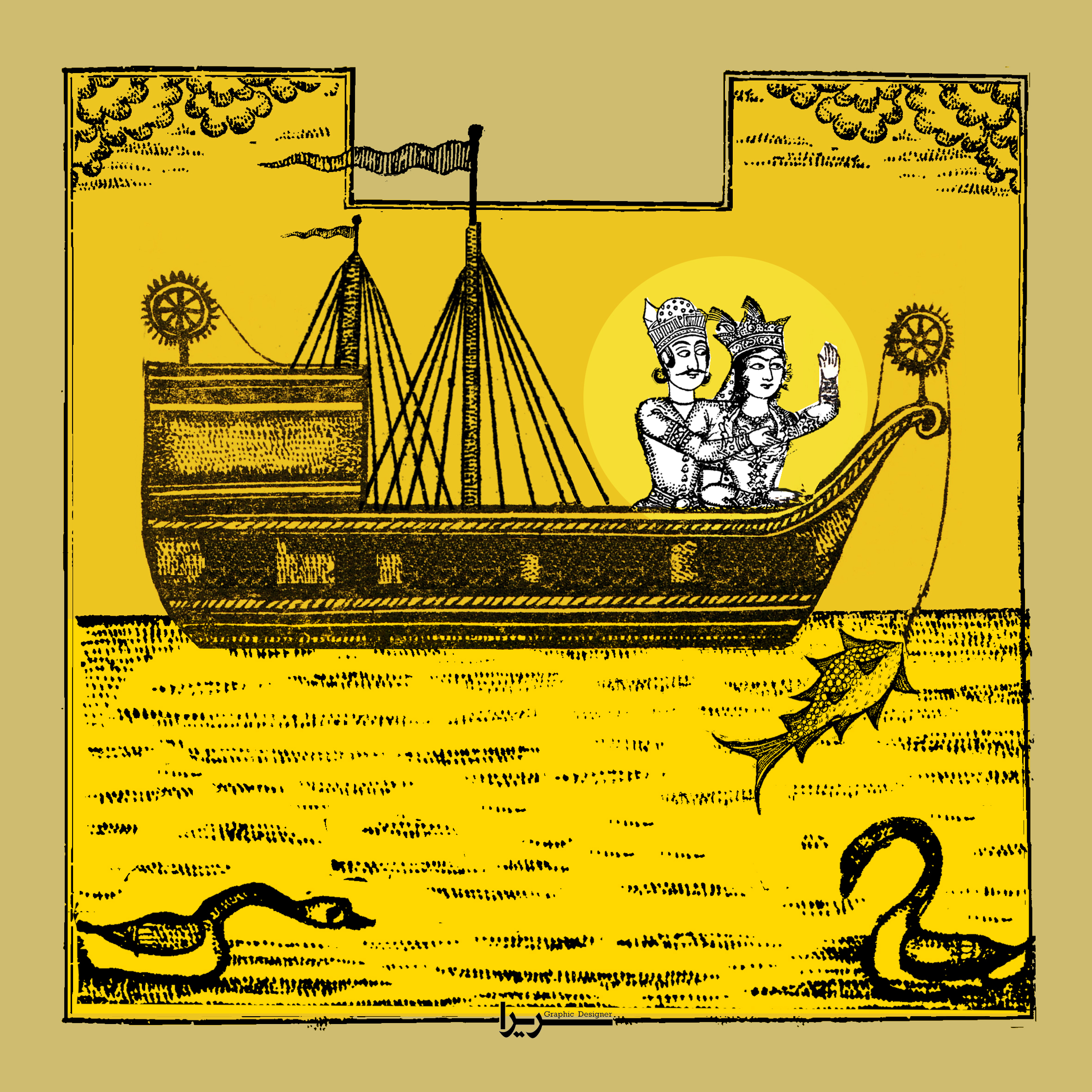 The 9th item of the Couple series.

RMS Titanic was a British passenger liner, operated by the White Star Line, which sank in the North Atlantic Ocean on 15 April 1912 after striking an iceberg during her maiden voyage from Southampton, UK, to New York City. Of the estimated 2,224 passengers and crew aboard, more than 1,500 died, which made the sinking possibly one of the deadliest for a single ship up to that time.

In this piece, I have shown that the Qajar couple are in front of the Titanic, this is a hot summer day and this Titanic will never hit any iceberg or sink. 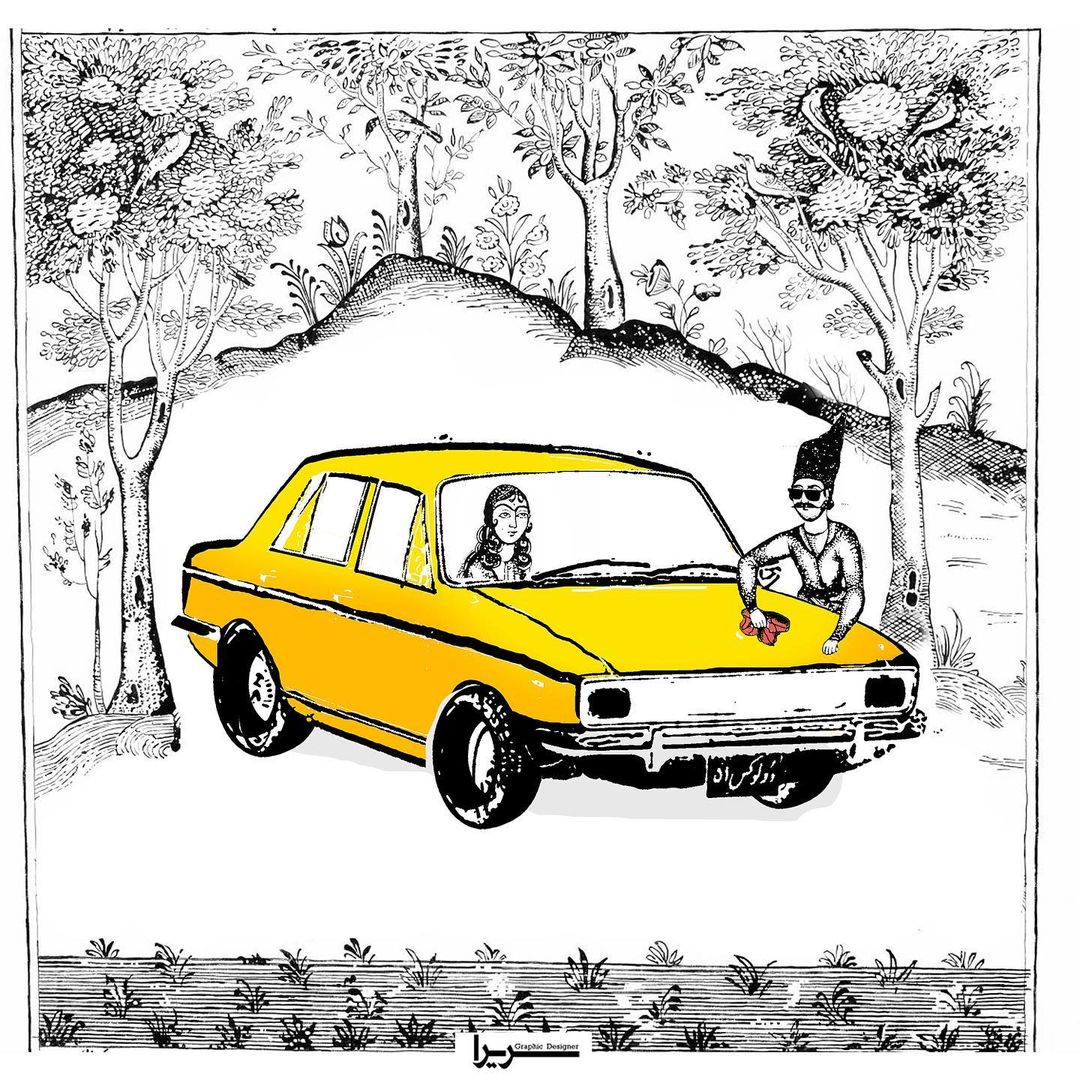 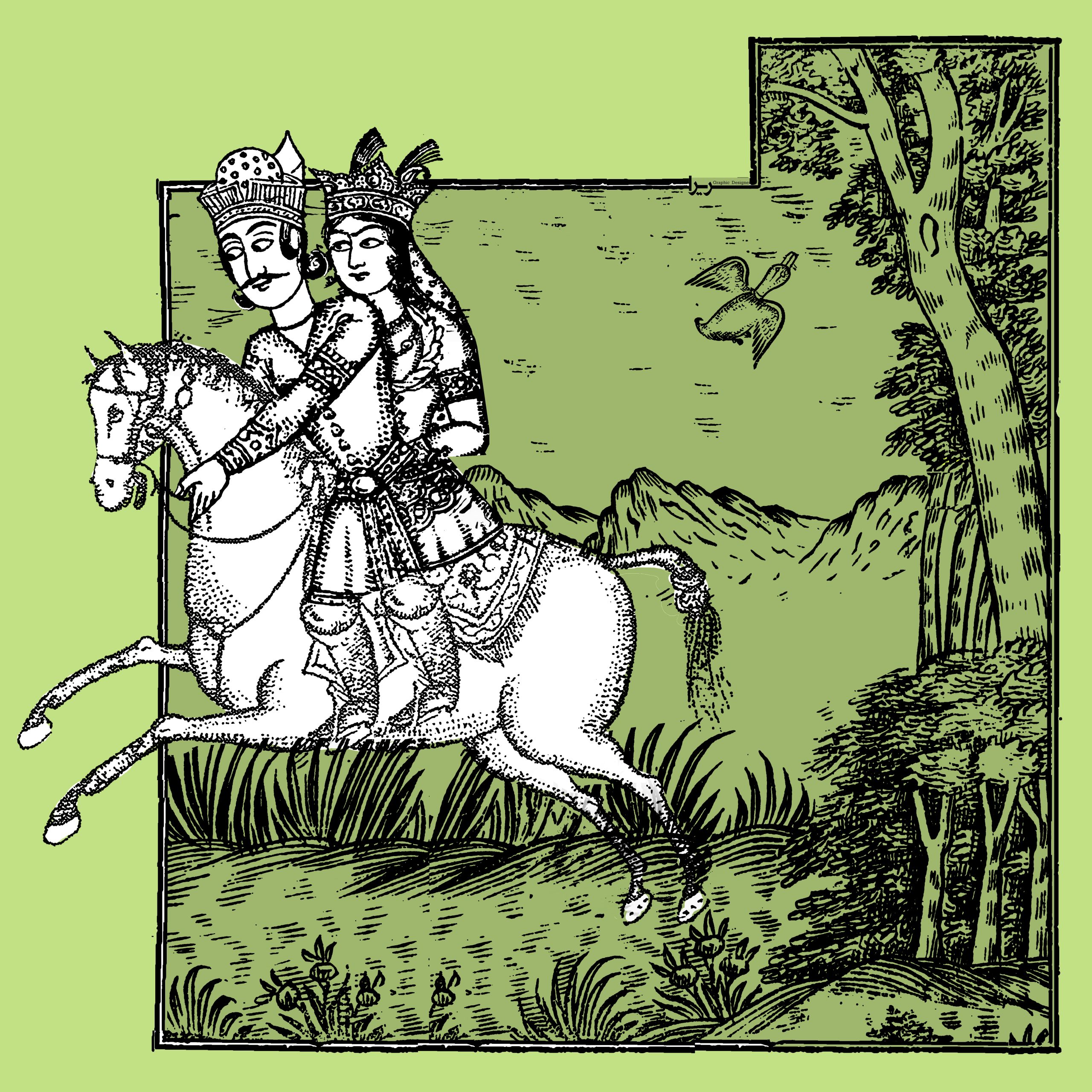 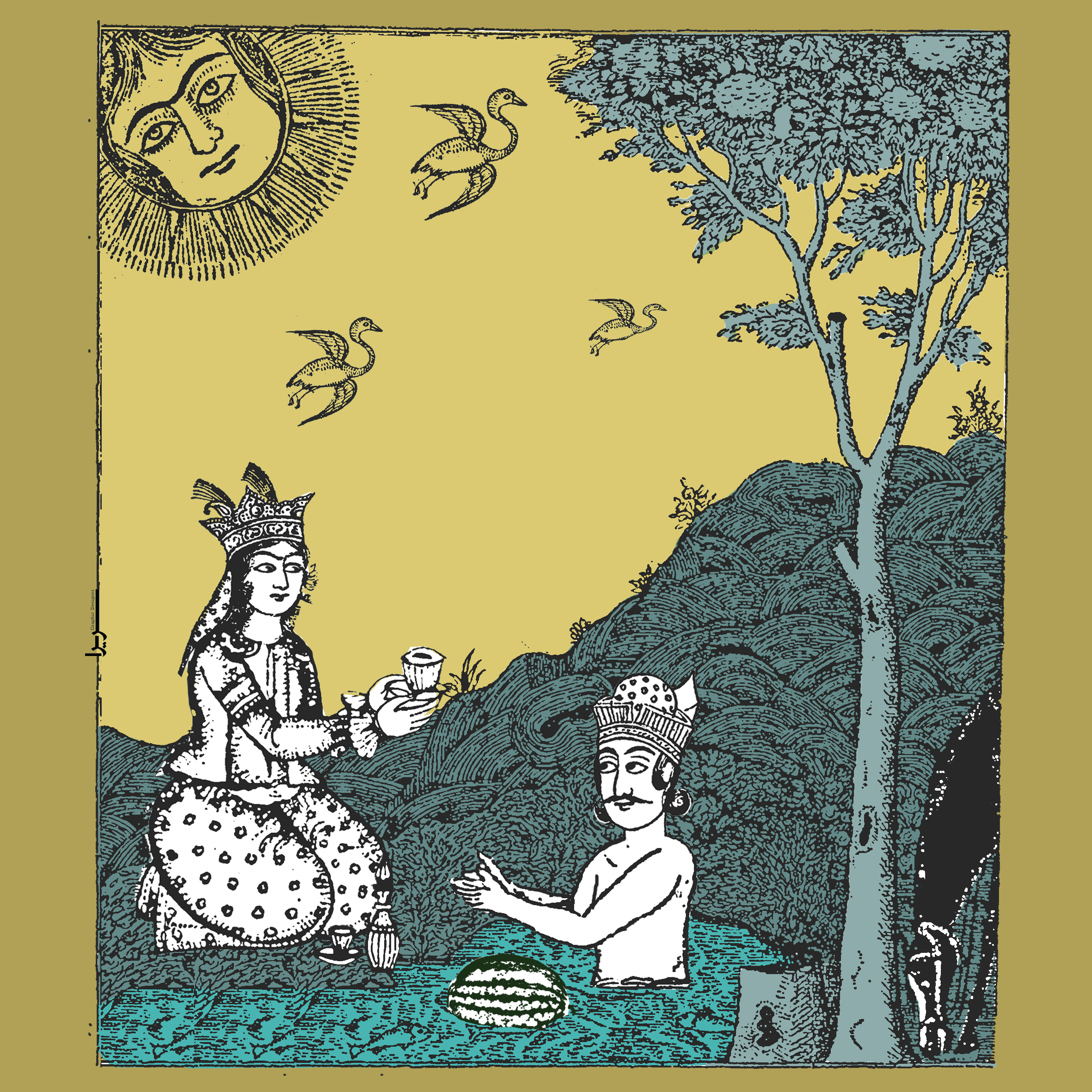 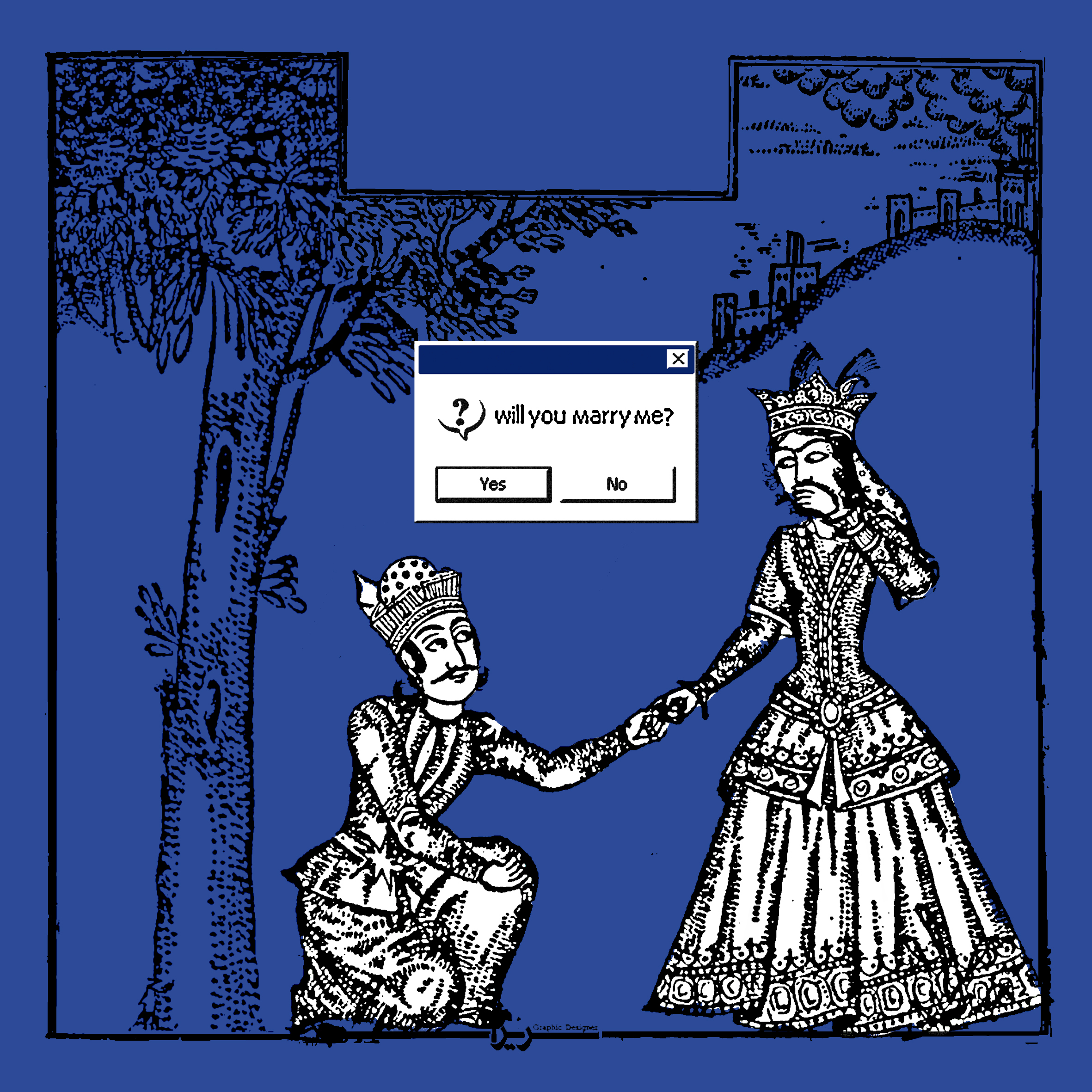